How Canada is Conquering the FinTech Space 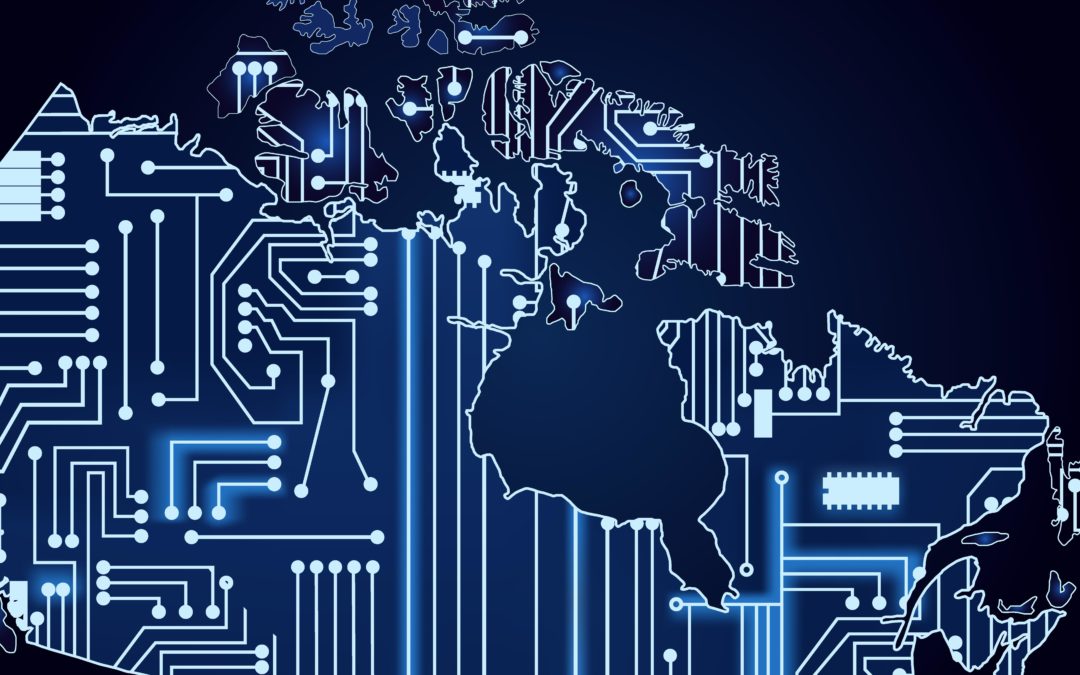 Canada’s FinTech industry today is one of the most dynamic—and for good reason—the coolest industries on the Canadian tech scene. All signs point to its ability to fundamentally reinvent the existing order in the country’s financial services industry. Flush with venture, equity, and government cash and with Toronto as its de facto capital, Canada’s FinTech companies seem poised to introduce a new dawn on the country’s banking sector.

For one thing, the confluence of service offerings by a whole range of FinTech companies is putting pressure on Canadian banks. This, in turn, has driven innovations ranging from automated and data-driven services that offer insurance, mortgage, financial planning, wealth management, peer-to-peer lending to payment processes and money transfer at a fraction of the cost of those from incumbents.

The shift is no small matter – until recently, incumbent financial institutions in Canada were disinclined to relinquish their long-standing incumbency advantages and so remained on the sidelines of the FinTech revolution, thereby allowing startups to identify the lucrative and underserved segments of their value chain and offer the same services free from legacy infrastructure and at much lower rates.

A pressing question is how the incumbents will react to these emerging, and in some ways, maturing market forces. Will the incumbents use their financial wherewithal to stem the competitive tide by gobbling up promising startups, or will they fundamentally alter their business models, embrace new technologies and service platforms?

At the same time, compounding these competitive dynamics are advances in AI and machine learning and their integration into the financial services. This is enabling FinTechs to better understand customer behavior and market dynamics at a time when tech giants such as Google and Facebook are creeping into the traditional banking services – a development prompting industry leaders such as Dave McKay, Chief Executive at RBC, to admit that the incumbents and tech giants are on a “collision course”. Or, in the words of Jamie Dimon, JPMorgan Chase CEO, “Silicon Valley is coming”; a warning reinforced by the USD $220 million recent acquisition by JP Morgan Chase of payment start-up WePay – an acquisition widely seen as a first major move by a dominant player in North American banking sector.

The Making of a FinTech Hub

In October, Sidewalk Labs—a subsidiary of Alphabet, Google’s parent company that is focused on digital transformation of urban settings—announced its plans to construct “Sidewalk Toronto”. The construction project, won in an RFP process, aims to turn Toronto’s famed waterfront into a full-fledged digital community. Funding for the $1.25 billion project would come from the City of Toronto, Province of Ontario, and the federal government. The project is widely seen as a testament to Toronto’s growing clout as a major global tech hub.

The move makes good sense. Toronto is home to a growing cluster of tech companies that have chosen Toronto not only as their HQ, but also their R&D hub, thanks to the country’s generous R&D tax credit program that encourages more and more businesses to take a deeper dive into R&D intensive projects. The city is also home to nearly half of Canada’s 60,000 FinTech workforce, known for their advanced academic credentials and knowledge of new technologies.

Indeed, Toronto’s growing prominence as an emerging startup hub recently put it on the cover of Toronto Life Magazine with the following title: “The New Silicon Valley”. Other factors helping Toronto’s rise include strong financial institutions that largely weathered the financial crisis of 2008 with great success, growing number of VCs and angel investor networks and strong academic institutions across the province of Ontario. The following dynamics underline the success of Toronto in becoming a tech—and by extension—a FinTech hub.

According to data from Invest in Ontario, the city of Toronto:

The province of Ontario, with Toronto as its provincial capital and home to its legislative assembly, is determined to keep the FinTech momentum through the launch of new initiatives. Two initiatives particularly stand out: the launch of a “regulatory super sandbox”—an experimental, walled environment for the test and evaluation of new financial products and services—and a provincial-supported FinTech agency known as Ontario FinTech Accelerator Office. According to MaRS, Canada’s leading tech accelerator (also based in Toronto, what else did you expect?!), by 2018 FinTech investment in Canada will be valued at $14.8 billion. With the Canadian government’s widely publicized plan to develop a number of technology superclusters across the country, known as the Innovation Superclusters Initiative, Toronto is expected to play a prominent role in the initiative. Numbers support Ontario’s ambitions in the FinTech space:

As Canada makes the transition from a resource-based economy to a more services-oriented one, the financial services sector becomes the fulcrum of it, feeding the rest of the economy. And Toronto plays a crucial role in this transition as the city has been traditionally the bellwether of finance, investment, M&A, and now the FinTech industry.

And last but not least, Toronto is home to Don Tapscott, arguably the world’s leading authority on blockchain and cryptocurrency, a fundamentally new technology that is set to become part of the FinTech DNA and transform the global banking industry.

Co-founder and Executive Director at Blockchain Research Institute in Toronto, Mr. Tapscott is internationally known for his seminal work on blockchain: “Blockchain Revolution: How the Technology Behind Bitcoin is Changing Money, Business, and the World”. Already translated into more than 15 languages, the book explains in plain language how distributed ledger technology (DLT) at the heart of blockchain is changing the world.

As a form of computer protocol, distributed ledgers enable many participants in a transaction to record transaction information on a single ledger shared among them. Participants in the transaction see the same data, ensuring the authenticity of the data in the ledger. This eliminates third party involvement and resulting additional costs for veracity of information among the ledgers. According to the Bank of Canada, adoption and implementation of DLT in FinTech could take the banking industry into unchartered territory.

Mr. Tapscott’s book maps out the technology’s various applications and demonstrates its significance in introducing a major paradigm shift to a whole range of sectors of the economy. “Blockchain Revolution” is widely used by various international organizations, including investment houses and central banks that conduct research on FinTech and the adoption of blockchain.

While, Blockchain has the potential to disrupt traditional value chains with expensive intermediaries and time consuming, inefficient processes, its potential goes far beyond cost or time-saving measures.

According to Dawood Khan, founder and director at TransformationWorx, a Toronto-based blockchain advisory firm that offers its services in partnership with the CIO Association of Canada, “as organizations and blockchains mature, we see growing interest in creating innovative and distinctive offerings that leverage smart contracts and decentralized apps. In a world where IoT, Machine Learning and AI treat data as the new currency, it becomes essential to make this data tamper resistant, immutable, and have an audit trail. We all know about Garbage-in Garbage-out, and blockchains can help keep the data good, so machines are learning from a trusted data-set”.

Khan suggests a process-driven approach as opposed to one merely driven by technology: “The main challenge organizations face is understanding of and education in blockchain. Many times people get excited about smart contracts and immediately jump to the conclusion that they must hire a group of Solidity programmers without understanding what this means for their business. It is imperative that organizations determine what they want to do first, then develop an understanding of how blockchain impacts their supply chain, processes, privacy policies, regulatory considerations, and their respective governance models. Then if they determine that blockchain makes sense, they need to nail down the governance model and see what kind of blockchain works–public, private, consortium or a hybrid implementation. Then they can decide on the programming language; not the other way around. While a tech-focused approach may work for very limited, sandboxed Proof of Concepts, anything beyond that requires discipline”.