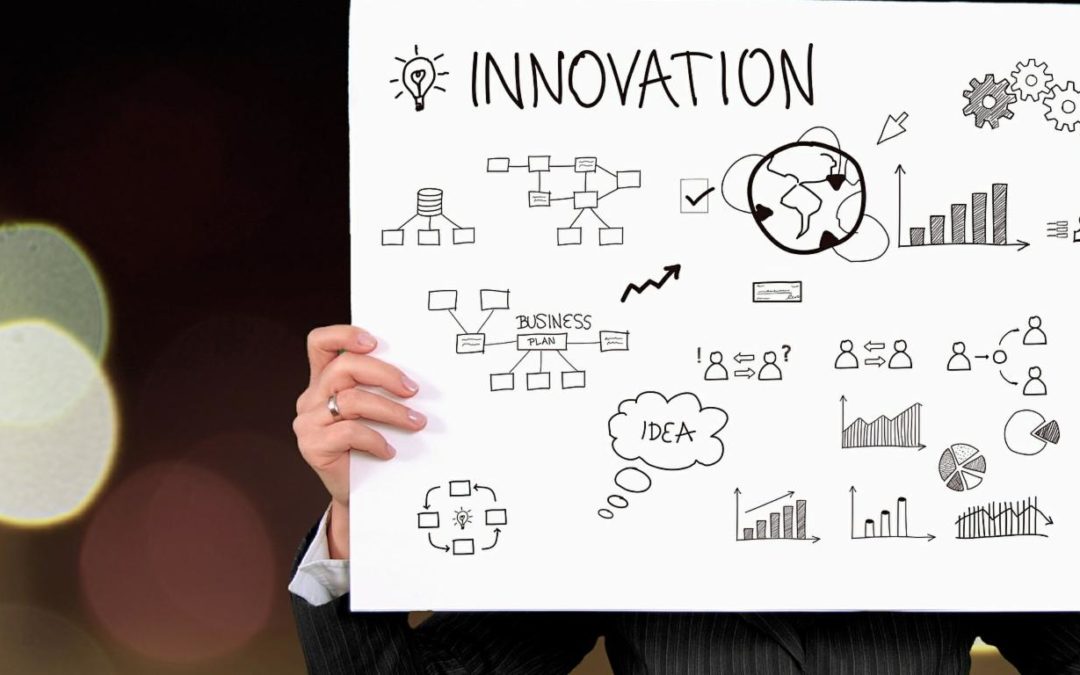 For all the chest beating about technology, industrial disruption and the new economy, the simple fact of the matter is that innovation strategy starts, develops and ends with people. And for the most part, it is well understood by business, research and social/community leaders that technology is merely the means to that end – not the other way around.

So why is it that we often end up almost exclusively focused on technology and seem to forget the people equation when it comes to innovation? Let me count the ways.

Both technology and people are ubiquitous and both can cause significant grief in the innovative workplaces and flows. Technology can also threaten your job quicker than colleagues can. But technology is naturally alluring, always heavily front-end loaded with promise and for the most part a stable/predictable commodity. Plus, it doesn’t pilfer paper clips, blow the morning on social media or bad mouth management and fellow employees.

Technology is also easily quantified, and with more and more of contemporary life run by and for bean counters, it’s not difficult to see why decision making around technology defaults to costs-benefits analyses, ROI and amortizations – all necessary components of sound investment in technology but, when privileged over all other factors, also the leading reason why we’ve had decade after decade of arcane and inefficient management information systems, employee burn-out and stunted evolution in work itself.

Technology is also a clean investment for governments wishing to appear pro-active and supportive. Hence the previous BC government’s emphasis on technology advancement, and the current federal government’s widening the scope of its $1.26 billion Strategic Innovation Fund – terrific resources for conscientious entrepreneurs and researchers, but also glaring in their boldness when we haven’t yet solved why Canada languishes near the bottom of the G20 when it comes to productivity. Or in light of recent research by Deloitte, for example, that reveals significant gaps in technology readiness among Canadian business leaders.

4. Technology is easy to hide behind

The growing pre-eminence of technology was also the perfect answer to the dismantling of the traditional employee contract that began picking up speed in the mid-1990s. As the idea of working for a single employer for one’s entire career began unravelling, technology became the new pre-occupation – an ideal way to remain focused in one’s work until a new opportunity came around. Technology is also a reason why people often do NOT innovate, especially in the face of poorly designed technology and/or matches to training and work flows that can enervate employees, resigning them to coasting in low productivity mode.

So much so that training and other areas of employee development are eclipsed or outright deferred, sustaining a decades-long rush at information technologies in particular that gave rise to the Solow paradox around productivity, but that remains a dynamic broadly speaking when it comes to actual technology readiness within the organization.

That being said, people cannot efficiently/effectively innovate purely from the brow of genius. Indeed, since all technology is essentially an extension of some human capacity, the ability to extend the imagination — and hence innovation — requires first and foremost fluency in technology media.

In other words, conditions have to be right for people to get and stay engaged in ways that promote innovation. Here’s what business leaders and government need to (re)consider:

1. Innovation is first and foremost a social activity

You can throw all the tax credits and money you want at innovation, but if people aren’t engaged in technology in ways that make sense to them – and for which they can get fired up – the gains can be marginal.

A good example of what’s possible when people are so engaged is McGill University’s AI for Social Good Lab– a recent experiment undertaken to draw more females into STEMM professions but with some eye-opening results. Comprising mostly undergraduates with no prior AI or machine intelligence knowledge, the program started with small, hands-on project development and by the end of the roughly month-long program participants had developed working prototypes for projects like an image-recognition app for helping sort disposables into appropriate waste streams (eg. compost, etc.), a bias-detection system for pre-vetting news reports, and a community bike sharing system.

As the project reports: “Nowadays, it is not so much a question of “what can we do?” but rather “what should we do?” It has been proven that a team which better understands and relates to customers is far more likely to build a successful product” – a philosophy underscored by high tech companies like Google supporting the program, and in industry trending itself, such as the “retailization” of insurance, with its extreme focus on customer service and employee empowerment.

Richard Florida’s earlier work on what makes a region innovative brought to the fore an understanding around innovation that communities like Windsor and sectors like Canada’s oil sands have been quietly advancing all along – what some have called the “innovation infrastructure you can’t see.” Once again, it comes down to people engaging technology on the level of culture – that is, in ways that leverage and reaffirm core values, such as pride in work, collaboration and just personal satisfaction in being part of something.

This goes a long way to explaining the emergence of Berlin’s start-up community, for example, or Calgary’s renowned Beakerhead technology and arts festival, or any of the myriad maker space events being held in local communities that involve an ever-widening engagement – from seniors and the culinary arts, to Arduino/robotics workshops for 8-11 year-olds.

3. Innovation is just being smart

A primary tenet of Knowledge Management (KM) – before it was usurped by IT – was that people typically bring far greater depths of experience, skills, understanding and just overall capacity to their jobs than what their job descriptions, certainly, called for. Accordingly, then, KM was initially about tapping into and leveraging these often dormant reserves of raw innovation potential. Leaders are well served in the reminder that innovation, like knowledge and culture, is where you find it, and that organizations that develop the internal processes and intelligence to harness these founts of innovation is just smart management – especially when augmented by technology that does NOT get in the way.

4. Innovation is doing it yourself

The growing number and vibrancy of industry/institutional innovation clusters and collaborations – such as Ontario’s DMZ incubatorat Ryerson University, the Toronto Discovery District’s MaRS program and Vancouver’s Launch Academy– underscore the need and utility of decentralizing (and thereby liberating) talent pools, while also driving the innovation imperative and not relying on spin-offs and trickle down from the large companies.

5. Innovation is a mindset

The Canadian productivity paradox is often thought to stem in large part from lacking a culture of commercialization of innovation. This is a criticism often levelled at the oil & gas and mining sectors, for example, where hugely significant developments in efficient resource extraction and environmental impact mitigation have been well deployed here, but under-exploited in terms of exporting the technology – particularly to cold-climate operators around the world. Lacking this mindset also helps explain why few Canadian leaders – of industry and government – have been inclined to take to the world stage and help shape some critical conversations beyond hackneyed and easily-challenged slogans, such as being an “energy superpower.” At the same time, those communities quietly innovating will continue to do so —but here again, ‘quietly’? Therein lies the rub.

In a country like Canada, a helping hand is often needed, and so good stewardship from government is essentially a necessary condition, if not (yet) a sufficient one for moving the innovation needle. And certainly as taxpayers, we deserve the ability to use some of our pooled funds to help ourselves create precisely the conditions for enduring innovation to take hold and evolve. The Strategic Innovation Fund, therefore, cannot be undermined by punitive tax reforms for businesses.

At the same time, business people and entrepreneurs are consummate adapters, being able to move quickly and decisively in overcoming regulatory and market shortcomings. Indeed, that alone is innovation at work, and keeping our eyes on the prize means increasingly looking to ourselves – engaged people – for solutions and breakthroughs. And after 30+ years of promises of personal and professional liberation and empowerment through digital technologies, surely the moment is well nigh.

Dr. Wolfe is a senior strategy and research consultant with a long-standing background in Knowledge Management and Innovation studies. He lives in Creston, B.C. He can be contacted at [email protected]