Do you need to perform testing for SR&ED eligibility? 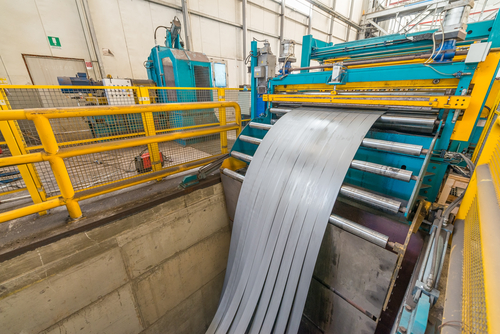 Most companies that claim SR&ED tax credits will never end up in court over dispute of an assessment by CRA. However, how the courts view SR&ED cases helps companies understand both the pitfalls and opportunities.

In the case of Life Choice Ltd. V The Queen (2017-01-31), the company was developing natural heath products aimed at combatting cancer and heart disease. While the judge felt that there was technological uncertainty, the taxpayer lost in this case due to the absence of evidence in testing. The judge stated that the downfall was not the absence of clinical trials, but that no tests were carried out. The judge also concluded that the company did not meet the criteria for systematic investigation and scientific advancement.

Technological Uncertainty as a Criterion

In this particular case, the court agreed that the first criterion for technological uncertainty had been met. Technological uncertainty as a criterion is usually among the most difficult to pass. However, the court concluded that, “there was no testing in any fashion performed to gauge, verify, quantify, determine the repeatability or lack thereof, or compare or otherwise assess the effectiveness or any other aspect of the products formulated by hypothesis alone.” Life Choice management argued that all of the clinical studies of the ingredients and the science that were reviewed became the background for the formulation that was produced in an effort to lessen uncertainties with their theory.

Let’s assume you were formulating and developing natural health products and that you could not even achieve the formulation due to the underlying interaction of molecules, ingredients or chemicals. Assuming that a stable formula for formal testing could never even be achieved, would this negate a SR&ED claim because you never reached the testing phase? Would the mere act of attempting the formulation and failing be considered a test in its own right? Have you not made an advance in understanding the interactive principles of the underlying ingredients?

What if the first test worked, or only limited tests confirmed the product’s efficacy? Would this negate a SR&ED claim?

Part of the answer is looking at SR&ED claims on a case by case basis based on situational facts. However, in this case the judge used the case of Northwest Hydraulic Consultants and relied heavily on it as principle-setting precedent for a SR&ED case. In that ruling, the judge set out five questions which needed to be answered, of which testing was inherent. This landmark case set CRA’s 2012 policy change in motion with the requirement to answer ‘yes’ to each of these five questions. The third question states, “Was the overall approach adopted consistent with a systematic investigation or search, including formulating and testing the hypotheses by means of experiment or analysis?” So the short answer is yes, testing (or analysis) needs to be done. Testing and analysis can take many forms, though.

In the example above, testing the hypothesis by developing the formulation which provides new knowledge about the interaction of the formula’s components is testing, even if you haven’t reached the point of testing the formulation itself. The key is documenting it. Analysing data, as it relates to proving or disproving a hypothesis, is also valid for answering yes to Question 3 but also needs to be documented. In the case of Life Choice, there needed to have been some sort of testing to validate the hypothesis and demonstrate the advancement.

To Test or Not to Test, That is the Question

You can bet CRA will rely on this latest case to disqualify a claim any time testing is not conducted. Testing may not have to be of a strict, formal nature, as in the case of clinical testing, but some form of testing or analytical evaluation needs to be carried out, and it needs to be recorded. This goes to the basis for proving your hypothesis and confirming that an advancement in technology was made.

The results of this case deserve to be added to your checklist to determine your SR&ED eligibility.

Knowing how courts view these issues is important. We have seen many companies carry out limited testing, or simply not documenting their tests. Being cognizant of these issues always helps. From a practical viewpoint, if there is little or no testing, it may be worth carrying out additional testing, documenting your analysis, or at least addressing how and why the advance or systematic investigation is carried out. These are fundamental elements of SR&ED eligibility.

RDP’s Innovation Connection Program helps companies easily and practically deal with these issues. We meet with you throughout the fiscal year to capture all eligible activities and assist in setting up systems to track each aspect of SR&ED eligibility; including testing and analysis. In the event of a review by CRA this is what gives our clients confidence in supporting their claim.

Brian Cookson is President and Managing Director of RDP Associates.

For a complementary assessment of your organization’s eligibility for SR&ED and grant funding, or a brief consultation on our Innovation Connection Plan services, contact RDP at (416) 368-9341 or [email protected]